Second stage of the reform of print media have started from January 2017 in accordance with the Law on Reforming of State and Communal Print Mass Media. During this stage, which will continue in the years 2017-2018, all state authorities must be excluded from the founders of print mass media as well as from editorial offices. Among these authorities are Cabinet of Ministers, other executive bodies, courts etc.

To analyze the current state of obeying the Law on Reforming of State and Communal Print Mass Media, lawyers of the CEDEM will send an official requests to all appropriate institutions to receive the list of media, which are going to be reformed and their transformation order.

You can see an example of request below (in Ukrainian) 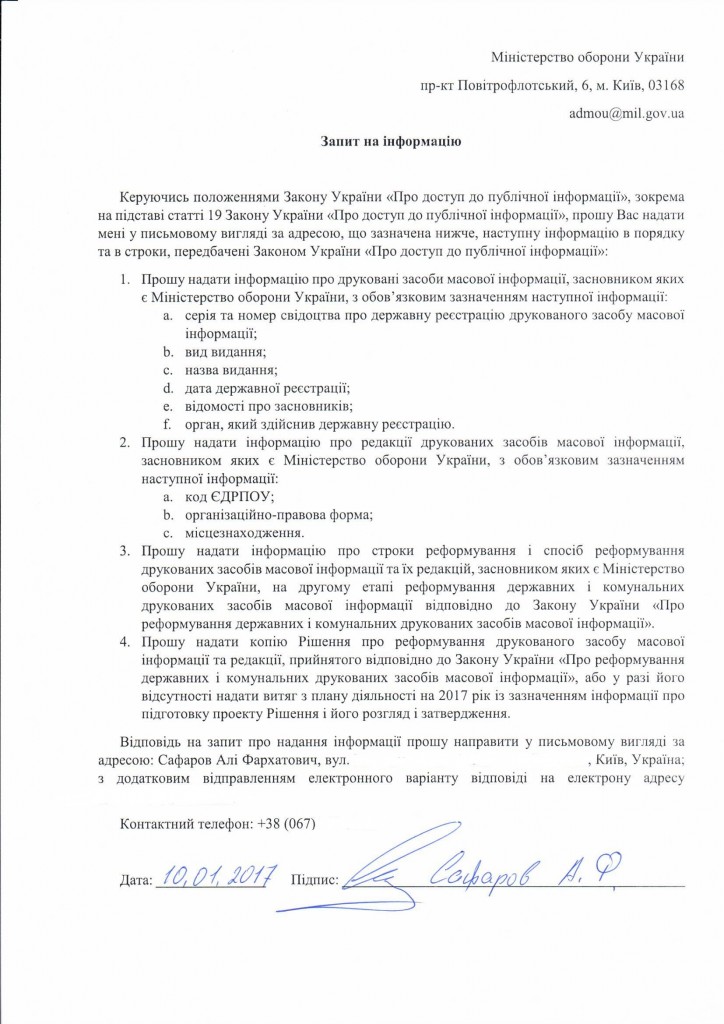