26 March 2020 the European Court of Human Rights held its decision in the case “Center for Democracy and Rule of Law vs. Ukraine” (application no. 10090/16). In this case, CEDEM appealed against the refusal of the Central Election Commission to provide autobiographies of the top-candidates for parliament deputies. The ECHR held that there had been a violation of Article 10 of the Convention on Human Rights and Fundamental Freedoms (hereinafter – the Convention), on account of the decision to deny the applicant access to the information about the education and work history of political leaders contained in their CVs filed with the election authorities.

THE CIRCUMSTANCES OF THE CASE

In November 2014, the Center for Democracy and Rule of Law (formerly known as Media Law Institute) asked the Central Election Commission to provide copies of autobiographies of the top-candidates for parliament deputies of 6 political parties that won the 2014 Verkhovna Rada elections – Vitali Klitschko, Yulia Tymoshenko Oleg Lyashko, Arseniy Yatsenyuk, Ganna Gopko and Yuriy Boyko. The commission refused to provide the documents on the grounds that they contain confidential information.

Despite the detailed explanations concerning violations of the law by the Central Election Commission, all national court instances supported the defendant’s position.

CEDEM applied to the European Court of Human Rights, demanding that the refusal to provide autobiographies of political party leaders on a request violate the right to freedom of expression guaranteed by Article 10 of the Convention.

THE EUROPEAN COURT OF HUMAN RIGHTS

To assess whether and to what extent the denial of access to information constitutes an interference with an applicant’s freedom-of-expression rights, the ECHR examined the case in the light of four criteria:

(i)  the purpose of the information request;

(ii)  the nature of the information sought;

(iii) the particular role of the seeker of the information in “receiving and imparting” it to the public;

(iv)  whether the information sought is ready and available.

The Court noted that although the requested information, related to the political leaders’ education and professional activities, constitutes personal data, it relates to a public sphere. The disclosure of that information would not have subjected the political leaders to public exposure to a degree surpassing that which they could possibly have foreseen when registering as candidates at the top of the lists of the parties contesting the parliamentary elections.

As regards information relating to the candidates’ education and work history, the domestic courts failed to conduct an adequate balancing exercise, comparing the harm any potential disclosure could do to the politicians’ interest in non-disclosure of this information with the consequences for effective exercise of the applicant organisation’s freedom of expression. They apparently attempted to take the latter aspect of the balancing exercise into account, concluding that the need for disclosure in terms of effective exercise of voting rights had not been shown. However, there was no attempt to assess the former aspect of the balancing exercise: the degree of potential harmful impact on the politicians’ privacy.

Thus, the ECHR held that there has been a violation of Article 10 of the Convention on account of the decision to deny the applicant organisation access to the information about the education and work history of political leaders contained in their CVs filed with the election authorities. 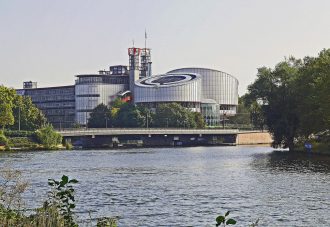 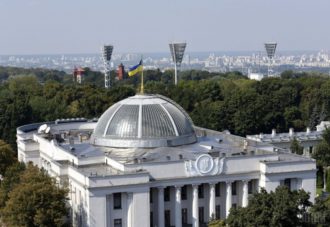