Civil society, the Parliament, the Government and businesses agreed on a joint action plan 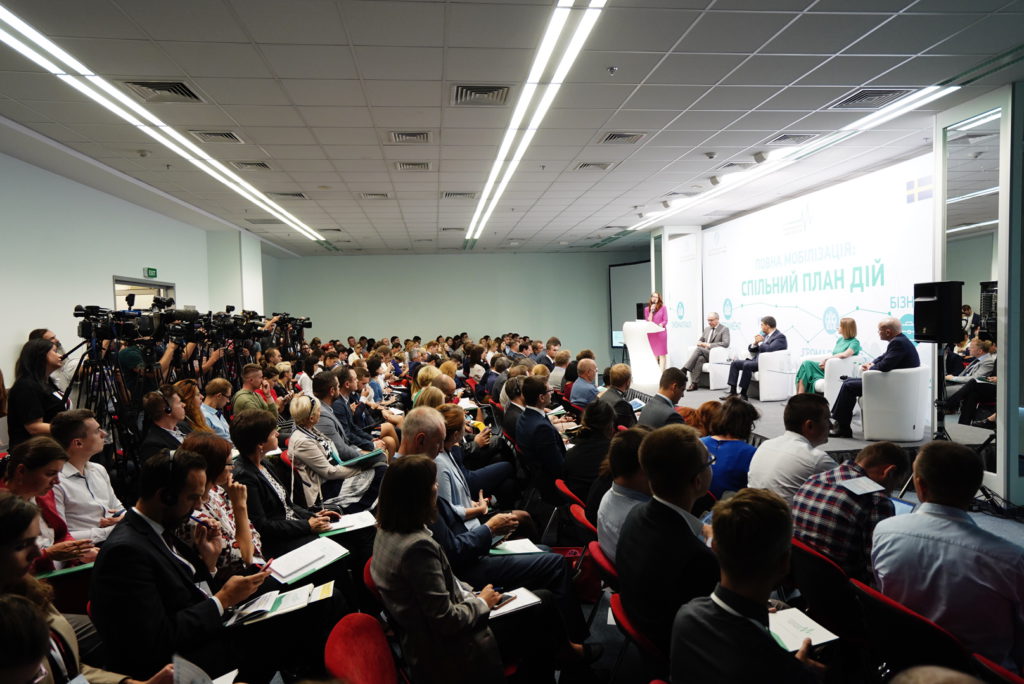 Joint priorities for the Verkhovna Rada, Cabinet of Ministers, business community and the civil society were discussed and agreed upon during the public forum “Full Mobilization: Joint Action Plan”. The event was organized by Reanimation Package of Reforms in partnership with Centre for Democracy and Rule of Law with the support of Sweden.

“In the year before the elections, it is extremely important to declare cooperation and to agree on the key reform areas,” said Yuliia Kyrychenko, Member of the Board of Reanimation Package of Reforms.

“In any country, the number of state-building decisions before elections decreases. But today, we expect that in terms of the key issues on our agendas, we will move forward together, regardless of the risks of the pre-election period. What is critical to remember is that starting the presidential and parliamentary election campaigns with the Central Election Commission which legitimacy is in question, is no less than a national security issue for the country,” said Kyrychenko.

According to the Member of the RPR Board, the main priorities for the public are the draft Election Code and the renewal of the Central Election Commission, draft law on the basis of administrative and territorial structure of Ukraine, amendments to the Law “On the service in local self-government bodies”, draft law on the all-Ukrainian referendum and draft law on withdrawn capital tax. 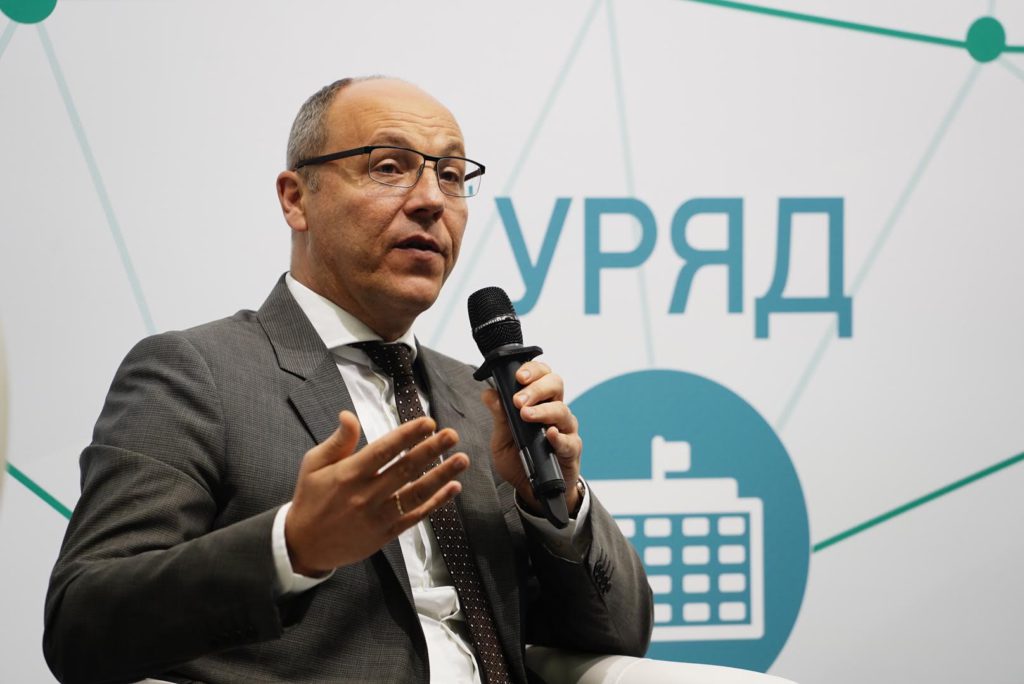 The issue of the renewal of the Central Election Commission will be submitted for MPs’ consideration next Thursday, September 20th, as promised by Verkhovna Rada Chairman Andrii Parubii. In addition, he voiced other important areas to follow.

“The most important issue is national security. We need to adopt a law on the Security Service of Ukraine, intelligence agencies and the establishment of a separate committee in the parliament to strengthen parliamentary control functions. It is necessary to adopt new Electoral Code – a very large-volume document that is likely to provoke discussions on the floor. Around October, we will be able to proceed to its consideration,” said Parubii.

The speaker also emphasized the need for reforming the parliament and resolving the language issue. 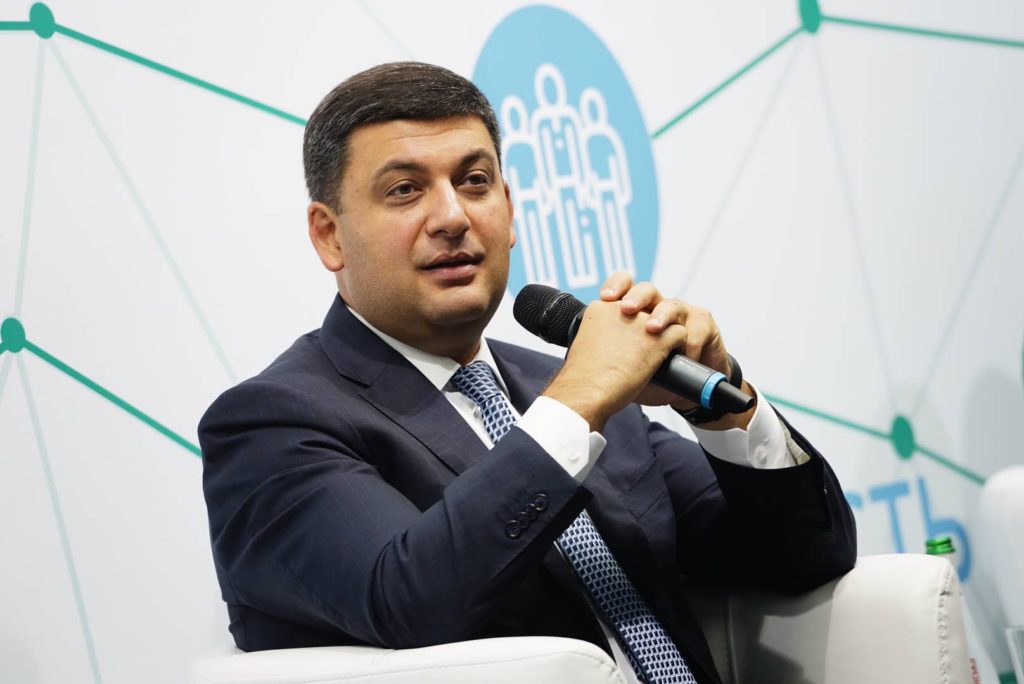 Prime Minister Volodymyr Hroisman stated that the government aims to further reform the economic sphere and ensure adoption of laws on European integration. Besides, decentralization reform remains one of the key priorities.

“There are five issues that we would like to address at this session. They are the issue of service in local self-government bodies, planning of territories, administrative and territorial structure that we have introduced today to the parliament, provision of subventions in support of unified communities’ development. That is, we continue to focus on decentralization and strengthening local communities,” said Hroisman.

Volodymyr Hroisman also promised that state budget funding for the program of warm loans will be increased by 100 million UAH.

For his part, the representative of the business community noted that the fight against corruption in Ukraine has been and still is the key priority for investors. Tomasz Fiala, President of the European Business Association, emphasized this and listed the main obstacles to investing in Ukraine, including corruption in the first place.

“Mistrust to the judiciary is ranked second. Unstable currency and unpredictable financial system, combined with the worsening attitude of international investors to developing countries, are ranked third. Accordingly, the factor of power monopolization by oligarchs and the conflict of interests between politicians and businesses has moved to the fourth place. Military conflict with Russia is ranked fifth,” said Fiala.

In addition to fighting corruption, investors point out to the importance of renewing the judiciary and resolving the conflict of interest issue. 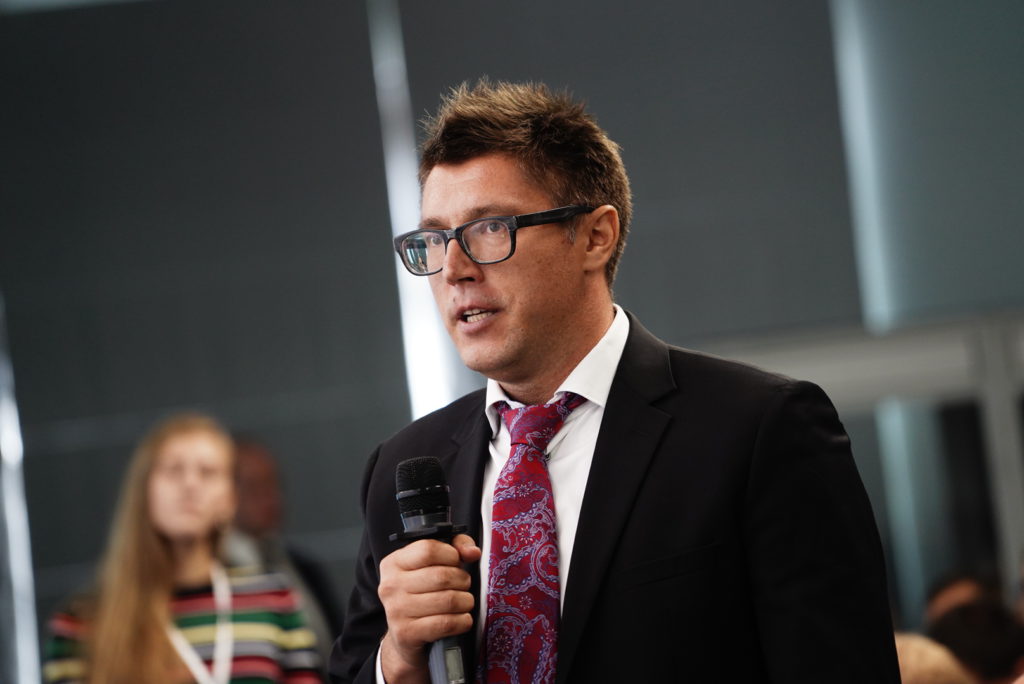 During the Q&A section, Taras Shevchenko, co-chairman of the RPR and director of CEDEM, highlighted a problem of mortality and injuries on the Ukrainian roads. Ukraine is probably a unique state without any speed control, he said.

«The country is repeatedly tremored by massive car accident while no one of top officials are ready to become responsible for this problem. At the same time, Ukrainian law establishes incredibly low penalty for ignoring safety belts. Last week Parliament Committee approved our draft law aimed on increasing penalty charges from 51 hryvnias to 850. Thus, it is important for us to hear the planned time and action plans about safety belts, speed control and traffic enforcement cameras»,  stated Taras Shevchenko.

Responding this question, Andrii Parubiy announced a Parliament hearing about law enforcement policy, which will include the road safety proposals. At the same time, Volodymyr Hroisman agreed with the necessity of changes and promised a governmental response.

Reanimation Package of Reforms keeps the record of public commitments of the parliamentary and government leadership. The coalition will further monitor their implementation and will continue advocating the said reform priorities.