From idea to reform: CEDEM conducts an advocacy school for activists 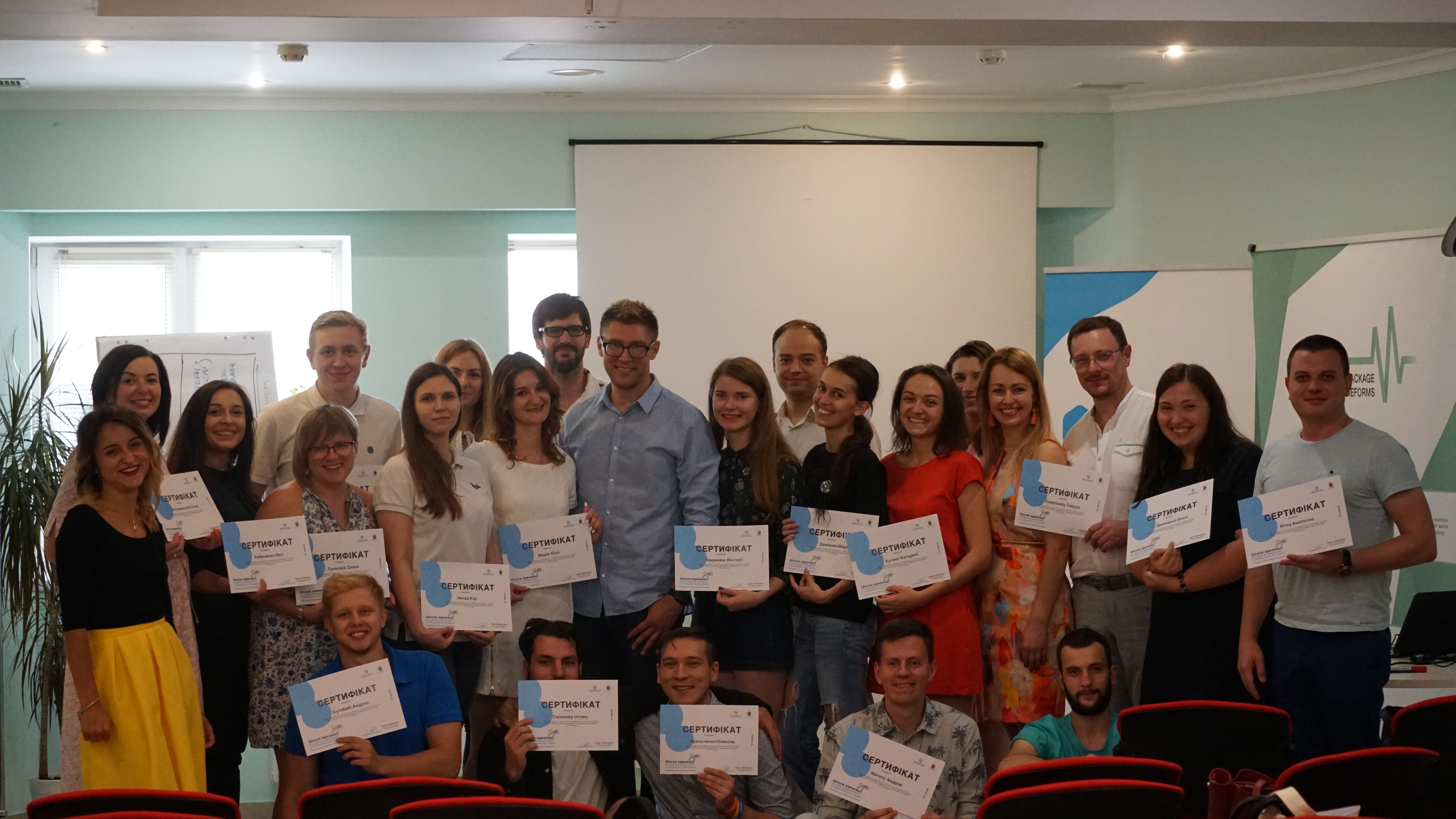 On July 12-14, the three-day Advocacy School of the Centre for Democracy and Rule of Law took place. 8 experts told the participants about advocacy – promotion of important decisions for the society to the authorities through public efforts. Within 3 days, 22 activists learned to go through the full cycle of advocacy: from defining the problem to communicating it to the authorities and defending their own position. 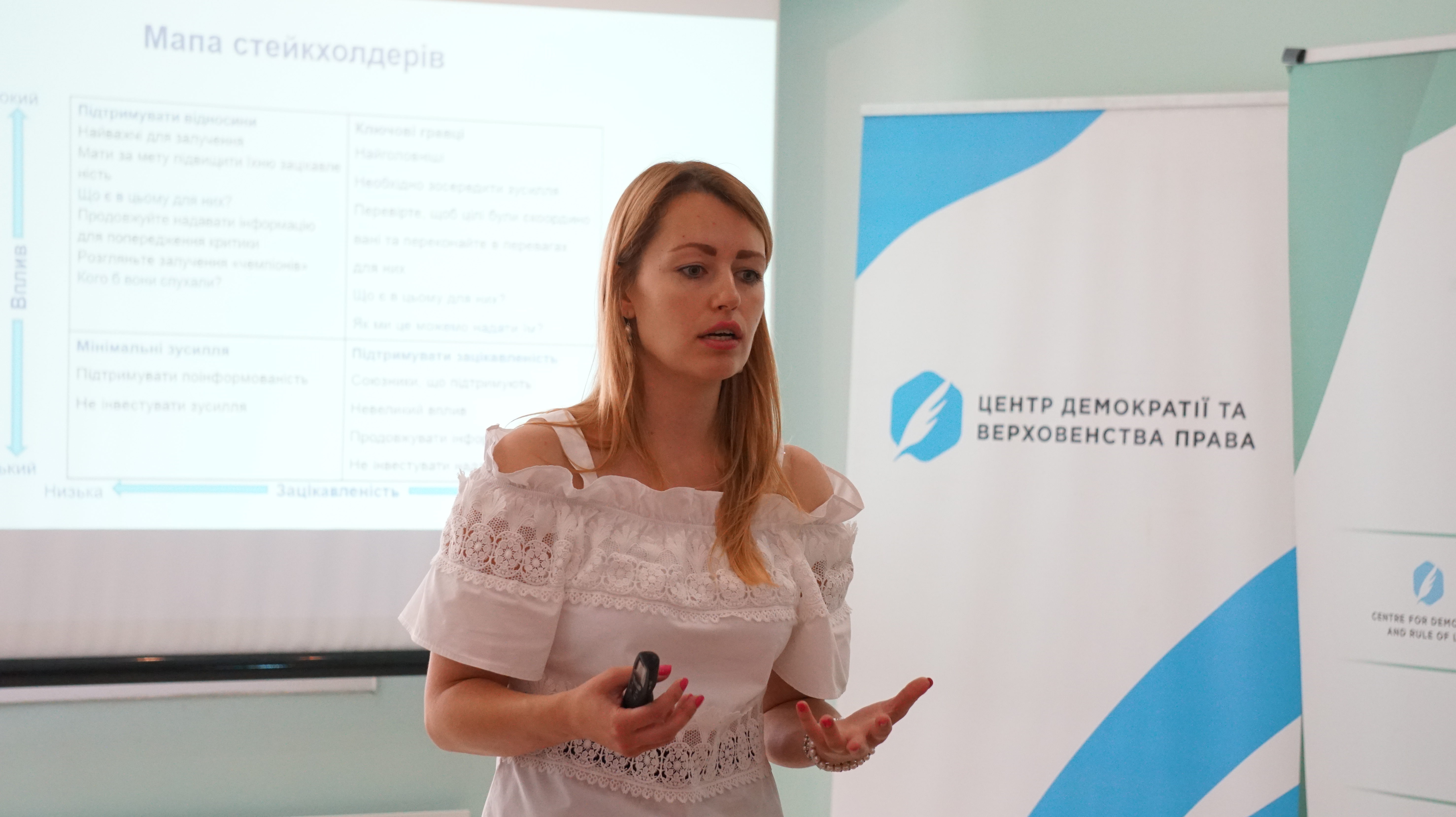 Yuliia Solokha, expert in building effective public campaigns, advocacy and communications, spent all 3 days with the participants, which made it possible to combine theory and practice thematically and meaningfully. The speaker outlined the stages of advocacy and an advocacy strategy and gave practical advice on working with target audiences, stakeholders and decision-makers. Yuliia noted that communication is an equally important stage in the deployment of a campaign, because the reaction of the stakeholders will depend on the main message, and therefore the effectiveness of the campaign. The expert explained on examples how to develop the right messages for a campaign on selected public issues. All the topics covered with Yuliia Solokha, the participants had the opportunity to practice developing their own advocacy campaigns. Among the topics chosen were the Moratorium on Land Sales, School Registration, Plastic Use by Retailers, and Seat Belts Usage. 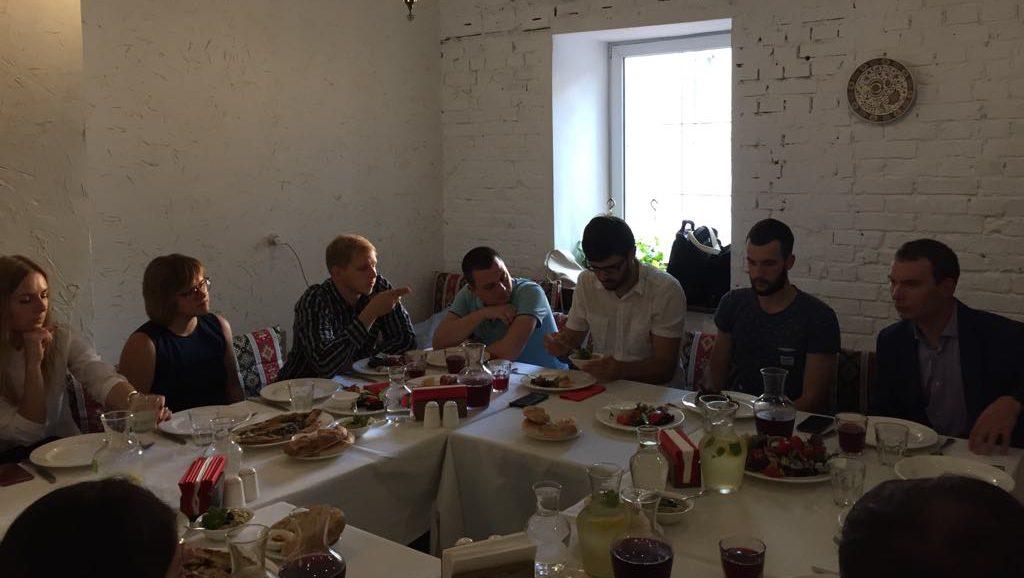 The advocacy school allowed participants to get first-hand information about the national features of advocacy in Ukraine. In the format of an informal dinner-discussion, those present learned about 5 life hacks of work with parliament from adviser to the Prime Minister of Ukraine Yaroslav Zhelezniak. Moreover, participants received answers to questions on advocacy of specific draft laws and the potential for the implementation of campaigns of specific public issues. Yaroslav Yurchyshyn, executive director of Transparency International Ukraine, complemented the picture of domestic realities of advocacy, who spoke about the features of both public campaigns and backroom arrangements in working with representatives of Ukrainian politicians. Despite the fact that the main focus of the School was aimed at cooperation with the parliament, Andrii Hevko, head of the advocacy department of the RRP, shared the insiders about the features of communication with the Cabinet of Ministers of Ukraine and explained the conditions under which the CMU decision could be considered legitimate. 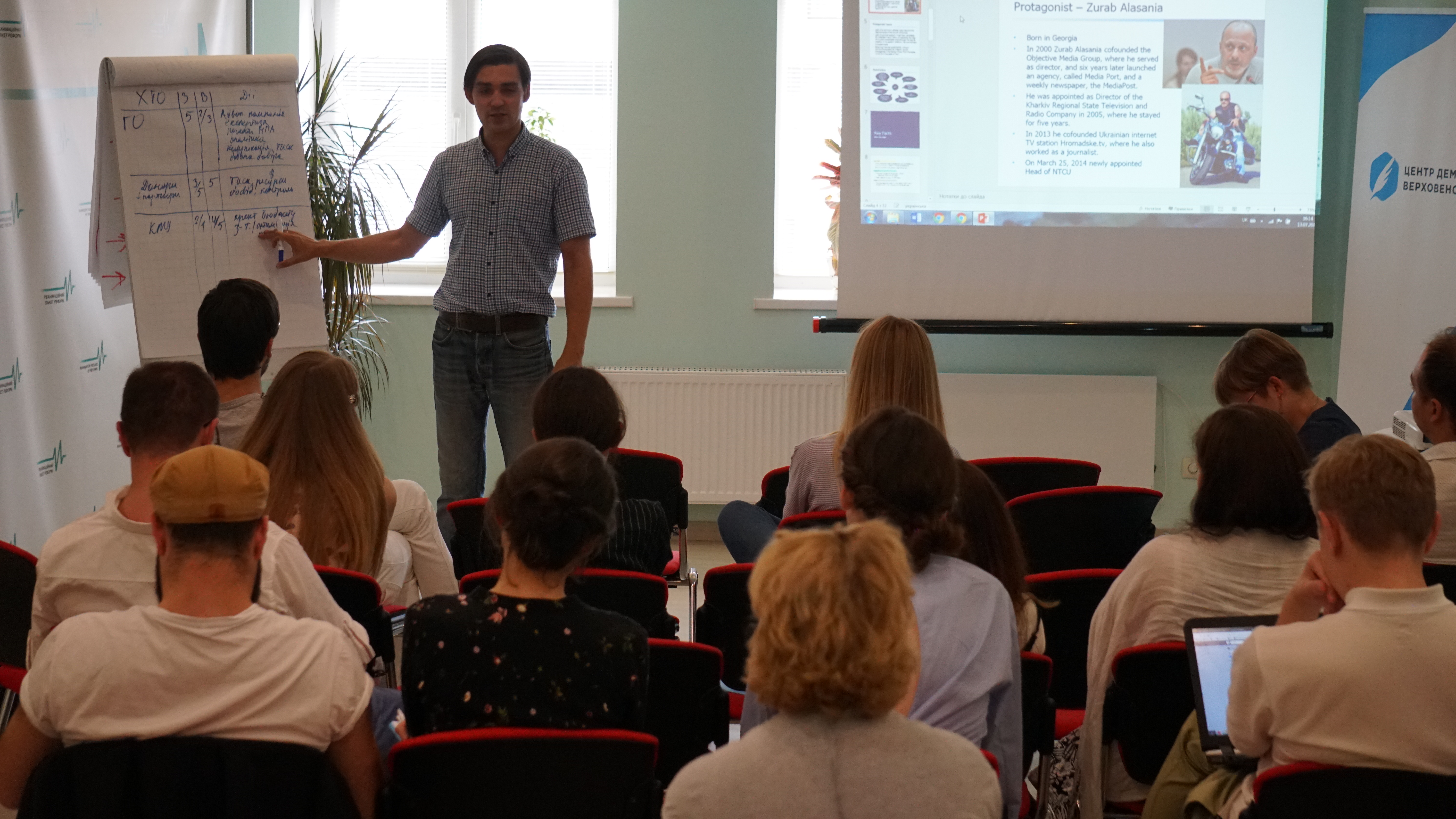 The participants have had opportunity to use practical advice in working on the case of Public Broadcasting. Ihor Rozkladai, lawyer at CEDEM, chief expert of the RPR Media and National Memory Policy, gradually dismantled the reform with the participants, and also spoke about the historical continuity of its implementation. Vadym Miskii, expert in the field of advocacy and media, program director of Detector Media, an expert of RPR who shared his experience in promoting reforms in the RPR and showed how advocacy can be effectively applied in practice, told more about successful advocacy campaigns. The audience learned from Andrii Skipalskyi, chairman of the board of the NGO Life, a member of the RPR Council, how to advocate his position in the face of pressure – here an example was the confrontation with tobacco corporations in the case of Ukraine v. Australia in the WTO.

For the first time in the years of activity of CEDEM, the experts decided to share their experience in advocacy, although on the organization’s account, together with partners, successful campaigns in the areas of banning smoking in public places and legislatively banning tobacco advertising; access to public information; the creation and operation of a public broadcaster and independent media; changes in road safety; steps in purge the judicial authorities, etc.