VIII enrollment of the Open University of Reform has finished

On December 15, 29 participants have completed their learning at the Open University of Reforms, the joint educational project of the Centre for Democracy and Rule of Law and Reanimation Package of Reforms,. 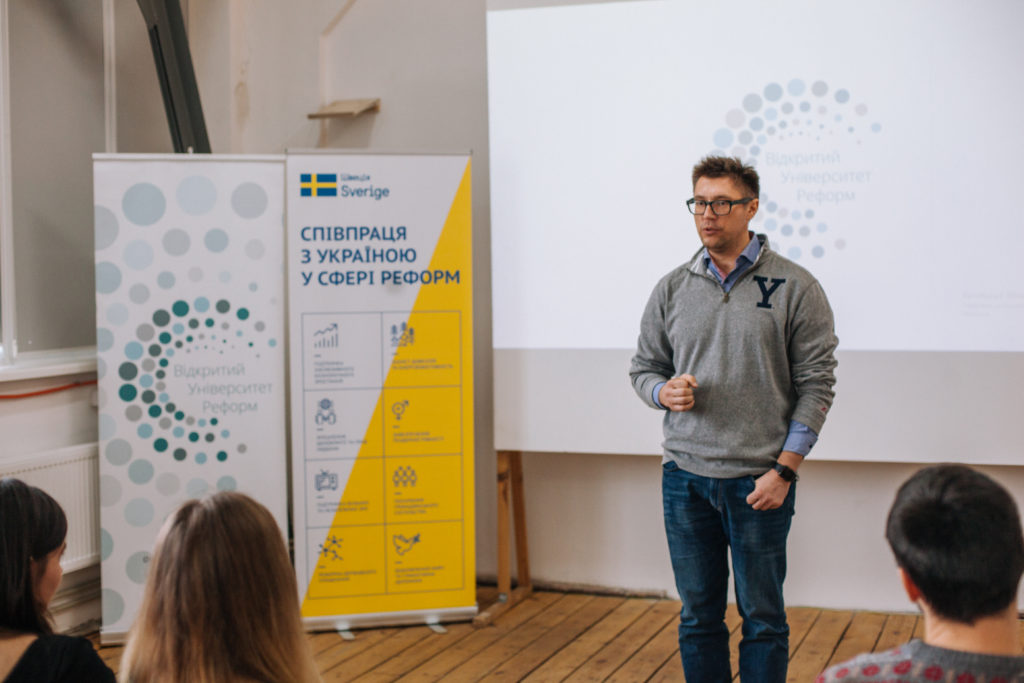 In the welcoming speech Taras Shevchenko, the Director of Centre for Democracy and Rule of Law reminded his first experience of reform, a unique opportunity for that moment to be attached to positive changes: work as assistant of Ukrainian MP Roman Bezsmertny who had worked upon constitutional reform.

“This opportunity to directly communicate with reformers and politicians is created by CEDEM and RPR in order to provide a chance for participants of Open University of Reforms to maximal invoke to reforms and create a network in which you could inspire each other”, – Taras Shevcenko noted. He also has wish inspiration for course leavers to work in future and to be active, responsible and optimistic in foregoing life. 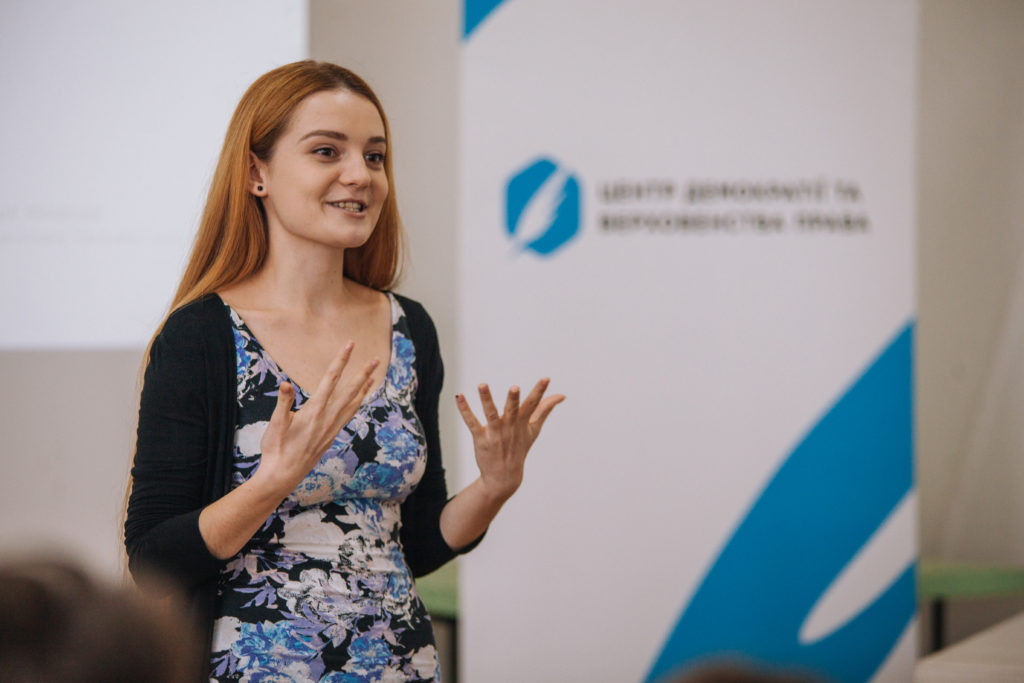 Olga Ruda, the coordinator of the Open University of Reforms remembered a speech of David Ben-Gurion at establishment of State Israel: “This ending is also just a beginning of a long-term further work”.

Uliana Suprun, act for Ministry of Health of Ukraine, in her pep talk cotemporary supported thesis of Taras Shevchenko about necessity of not to yield to “betrayality” and has told about obstructions arising at the way of reforms. In particular, the real work will not be so quiet and neighborly as at courses. At second, it is required not only to build own team but also you will have to stand against people and teams of a “system” who doesn`t want any changes. Mrs. Suprun also adviced to check past of new team members, be attentive to prior experience and find out sources of financing of their projects. 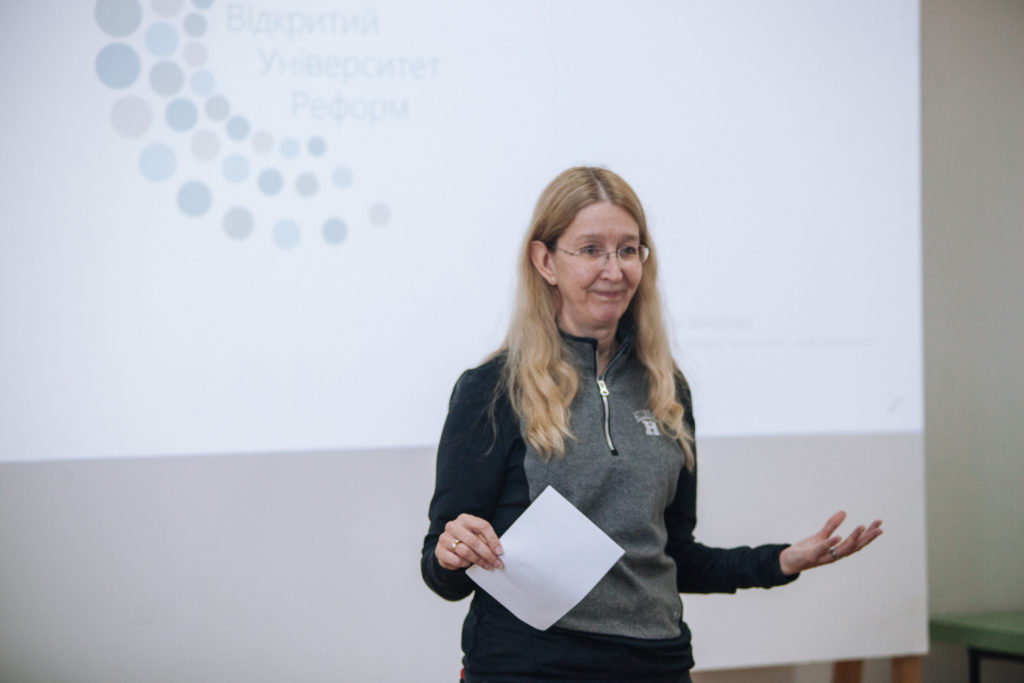 “76% of population thinks that corruption is a problem. However, corruption is not only when judge takes money it is also when you as students buy your medical certificate because you`re too lazy to go to doctor. These small corruption steps are scaled to a whole country. And that`s why it is not allowable to take the middle path“, Uliana Suprun emphasized.

She also invited OUR graduates for claiming to vacancies at directorates of the Ministry of Health indeed for five years after Revolution the system strikes back and “just you, the youth, have to stop it”.