Opening the Verkhovna Rada of Ukraine for public: experts discussed the action plan 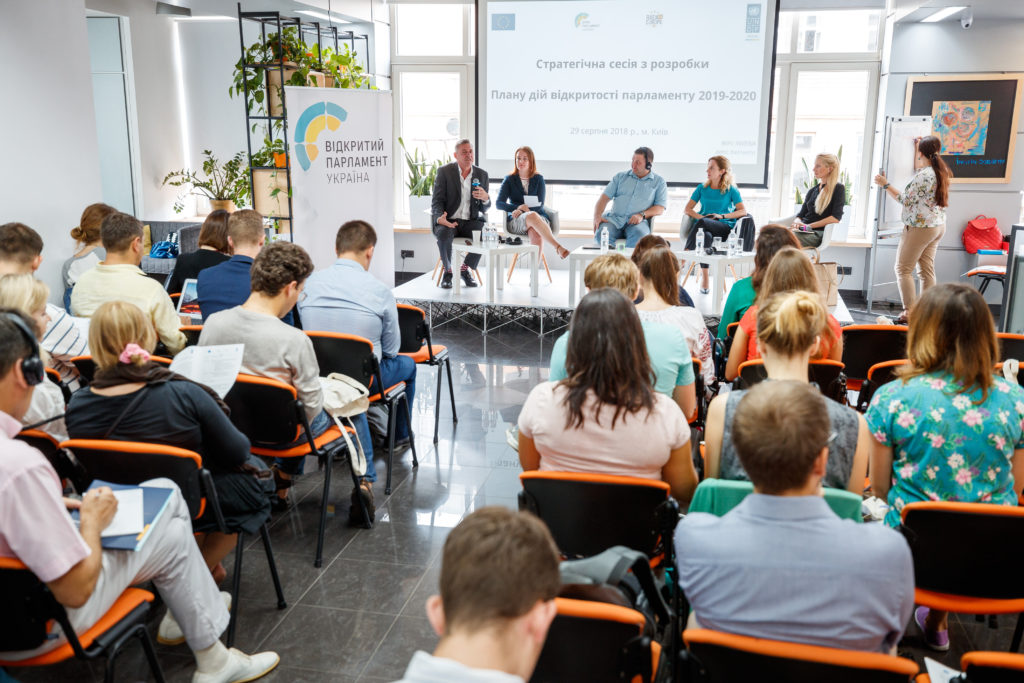 The Verkhovna Rada of Ukraine is a key authority and centre of political life in the country. Therefore, public control over authorities and effective democracy are impossible without the openness of the Rada and the involvement of society in the legislative process. During the two years of parliamentary reform, the Verkhovna Rada has already taken a number of steps towards transparency – for example, it has created a platform for online discussion of draft laws. What has been achieved and what should be done over the next two years – this was discussed during the strategic session of the Open Parliament initiative, which took place on August 29 in Kyiv.

The Open Parliament initiative launched in 2016 to implement the Declaration of Open Parliament. It consisted of members of parliament, representatives of the Office of the Verkhovna Rada, international organizations and representatives of civil society: Opora, the CHESNO Movement, Centre for Democracy and Rule of Law, Eidos and TI Ukraine. They set the goal of a parliamentary reform that would open access to information for citizens, ensure accountability of people’s representatives for their activities and the ability of citizens to participate in parliamentary processes. Another area of ​​work is the development of technology and innovations in the work of Verkhovna Rada. 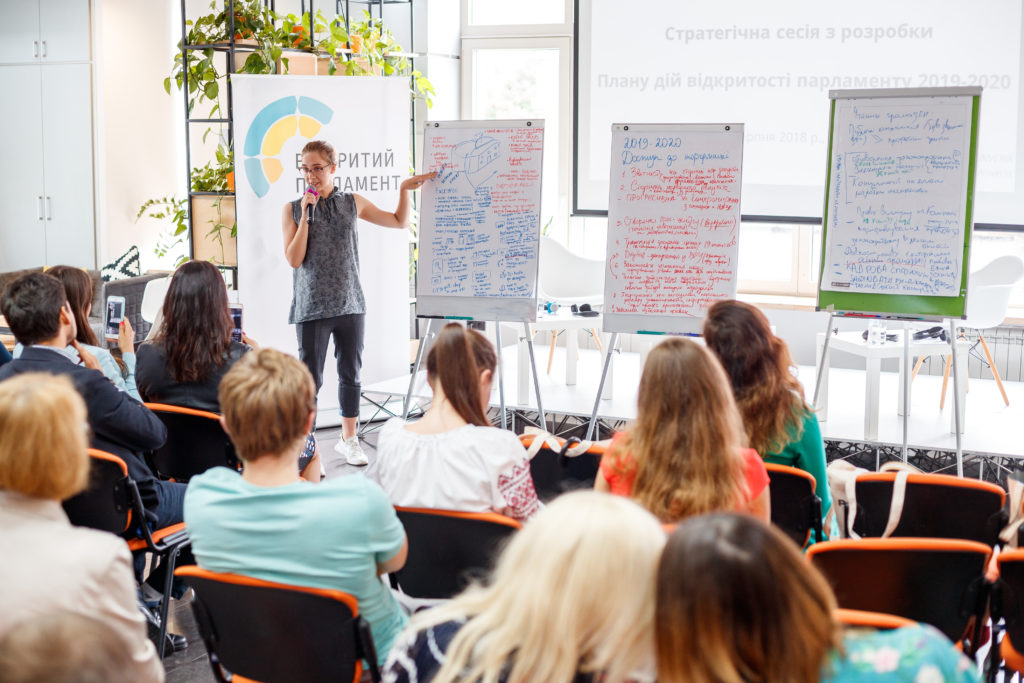 According to experts of the Initiative, today it was possible to fully or partially fulfill 17 of the 20 commitments. A new platform, zvity.org, was launched, where deputies publicly report on their activities – it is already used by 31% of deputies. The open data portal of the Verkhovna Rada has begun work, and readers can also track the passage of bills. The notable innovation was the publication of the minutes of the plenary sessions and conciliation councils. The function of online discussion of bills and online participation in meetings of 7 committees is open for citizens. The Verkhovna Rada also has its own platform for filing electronic petitions.

On the other hand, among the future tasks remains a mechanism for informing the public about the work of the temporary investigative commissions and the publication of information about the disposal of public funds. A number of obligations require further refinement, as it is partially fulfilled (for example, the Verkhovna Rada publishes the texts of deputy inquiries and appeals – but not the answers to them). 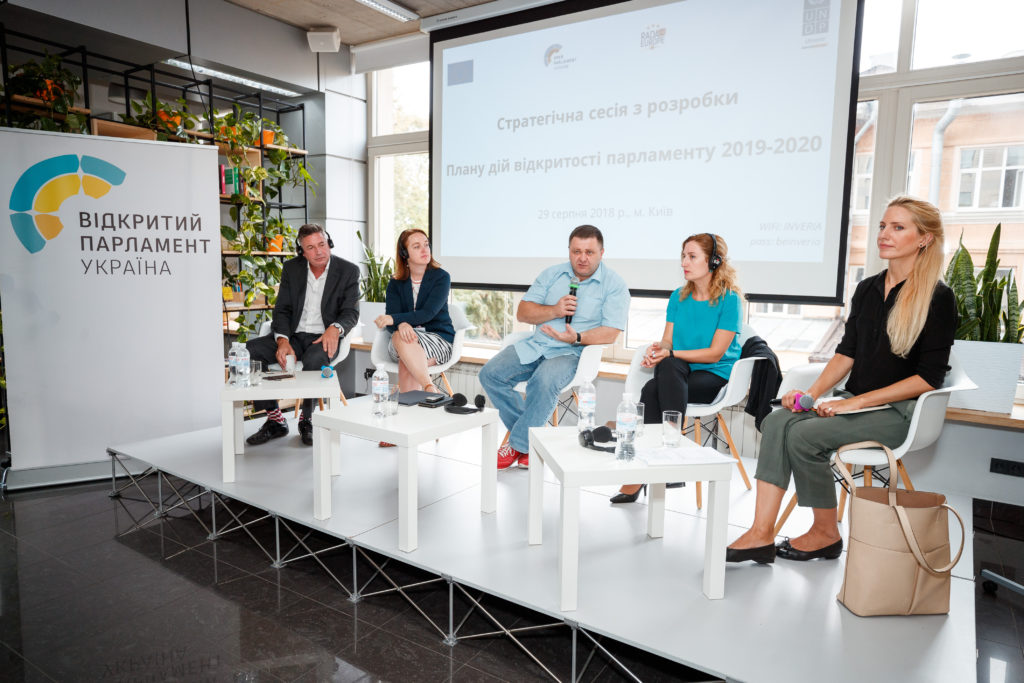 In today’s realities, openness and accountability of the the Verkhovna Rada is an important element of true democracy. 76% of Ukrainians don’t trust Ukrainian legislative body, while 90% of young people are not interested in politics. This situation contributes to a surge in populism, as well as indifference to the situation in the country. Parliament can restore public confidence only through maximum openness and the involvement of citizens themselves in lawmaking.

“Development of new technologies and populism are becoming a challenge for representative democracy. I believe that our activity is impossible without openness, because we need trust, and it arises from awareness. If citizens are not aware of the activities of the parliament, then they won’t trust such a body,” said Iryna Pruidze, a member of the Georgian parliament.

Therefore, one of the priorities of the Open Parliament will be the launch of the educational center of the Verkhovna Rada of Ukraine. It will work as an institution of civic education for young Ukrainian. Schoolchildren and students will hear about the activities of parliament and the mechanisms of lawmaking. This center will help to attract young people to political life and educate responsible voters.

“We are guided by the British experience. Children come to their educational center in whole school classes. There they not only listen to lectures, but also participate in model meetings of the parliament, debate clubs. The goal is to show how the legislature works and to reduce the distance between citizens and legislators,” said Svitlana Zalishchuk, MP and participant in the initiative. 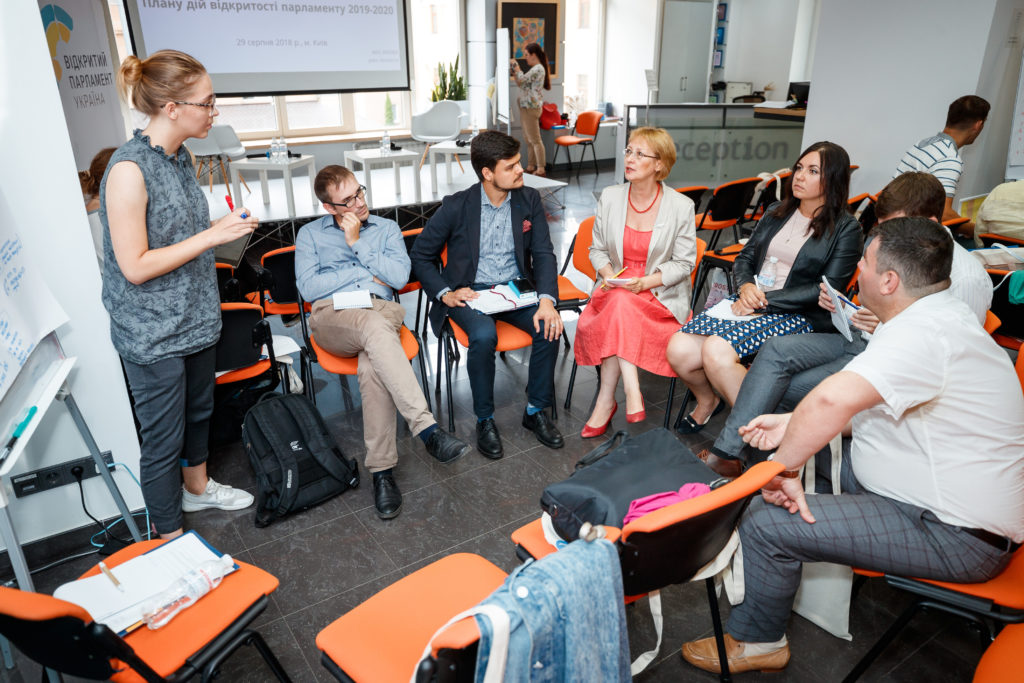 Also, participants in the strategic session developed proposals for a new Action Plan for the openness of parliament for 2019-2020. Their discussion took place in the format of the World Café, where participants worked in different groups to develop joint solutions.

So, the most important for the openness of the parliament, the participants in the discussion called inclusiveness – the adaptation of the premises of the Verkhovna Rada for people with special needs. The TOP-3 also included the creation of an educational center and the expansion of the open data portal so that citizens receive maximum information about the activities of the Council. Based on the results of the discussion, the experts of the initiative will begin developing an Action Plan for openness of parliament.