On July 27, the XIV International Media Law Summer School – a training course for lawyers, organized by the Centre for Democracy and Rule of Law – came to an end. For three weeks in Kyiv, lawyers and students studied media law in the summer intensive format. This year, the Summer School gathered 21 participants from 5 countries: Ukraine, Belarus, Armenia, Kazakhstan and Moldova. Following the results of training, they all received diplomas of completion of school. 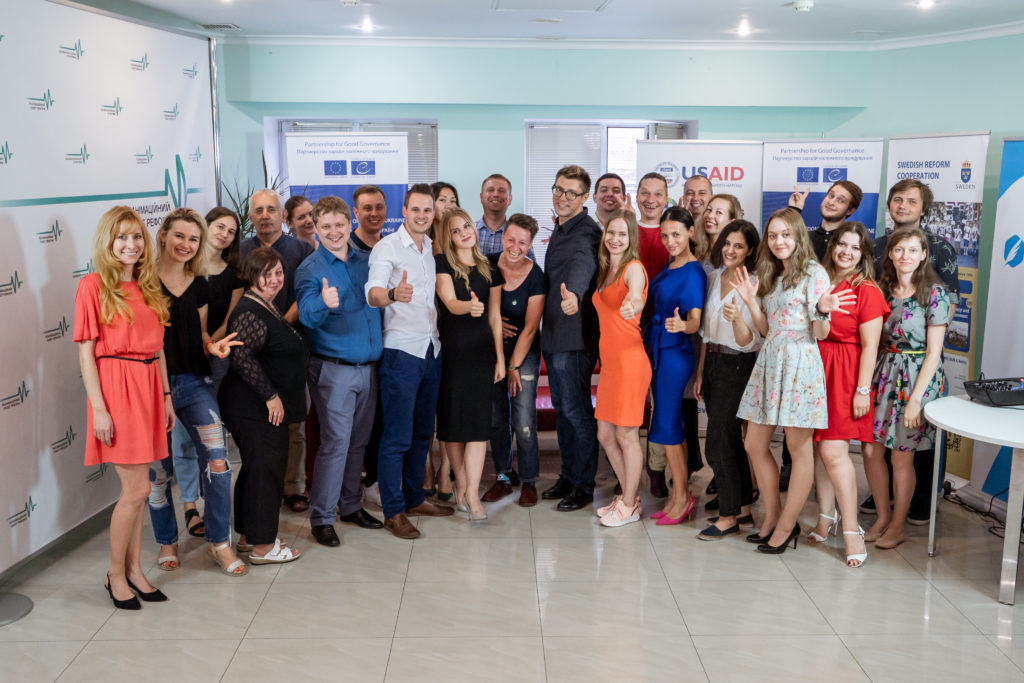 “I hope that these three weeks completed your expectations, and you discovered something new. It is not only about knowledge, but above all about the changes of your views, your worldview. Three weeks is exactly the time for which new habits and attitudes are formed: on life, on other people, on freedom of speech. And I wish you that further positive changes will accompany you,” said Taras Shevchenko, Director of the Centre for Democracy and  Rule of Law, congratulating the participants of the School.

Training at the Summer School took place according to the classical university principle: in the format of daily lectures (38 of them were spent in three weeks) and practical tasks. Their topics focus on issues that lawyers may encounter while working in the media sphere, while the theoretical block is kept in necessary minimum. In particular, they talked about the regulation of broadcasting, new media and the Internet, copyright, defamation and the right of reply, journalistic standards. The School participants also learned about access to information and media work in the courts. 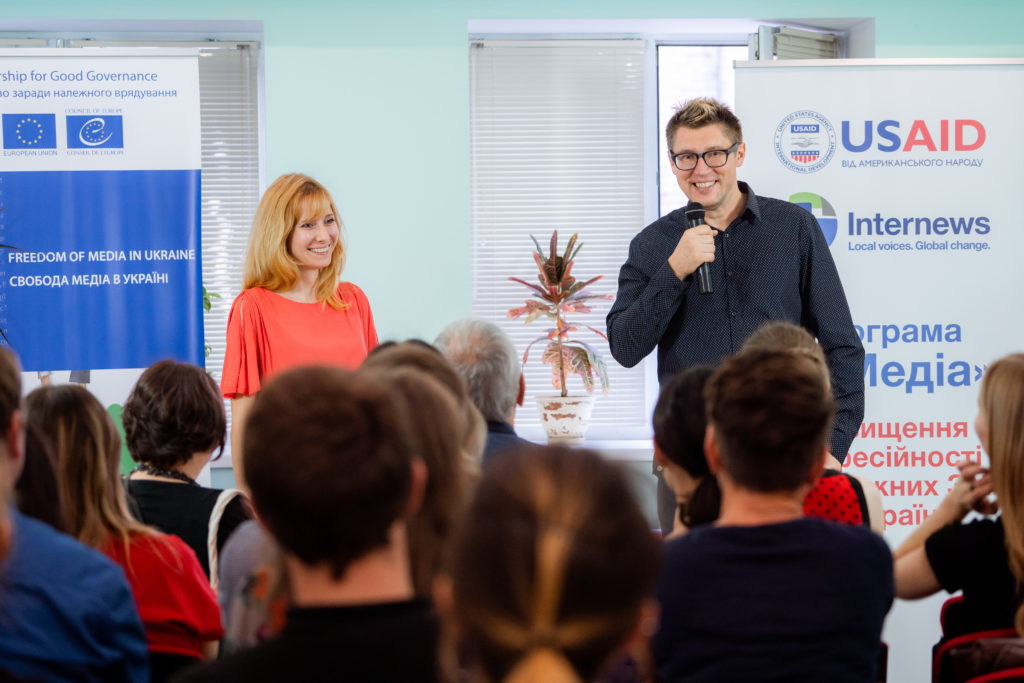 Particular attention was paid to the today’s issues of concern: the struggle against hate speech, disinformation and the standards of GDPR, which change the rules for the protection of personal data.

However, national law may not be enough to protect the rights, so the school program included topics from the work of the European Court of Human Rights, including process from filing a complaint to the case and the implementation of decision in the country.

This year, the focus of the School is not only law training, but also civic education. So, there was conducted a lectures for the participants on the work of NGOs and advocacy of reforms. We also paid attention to purely media cases: privatization of the press, the launch of Public Broadcasting in Ukraine.

Also during the Summer School, a round table “Media & Elections” was held, which brought together experts in the field of media, electoral law and journalists. During the event, they discussed how to turn media into a instrument of informing about candidates and a platform for political discussion, rather than emotional agitation and hidden advertising of politicians. 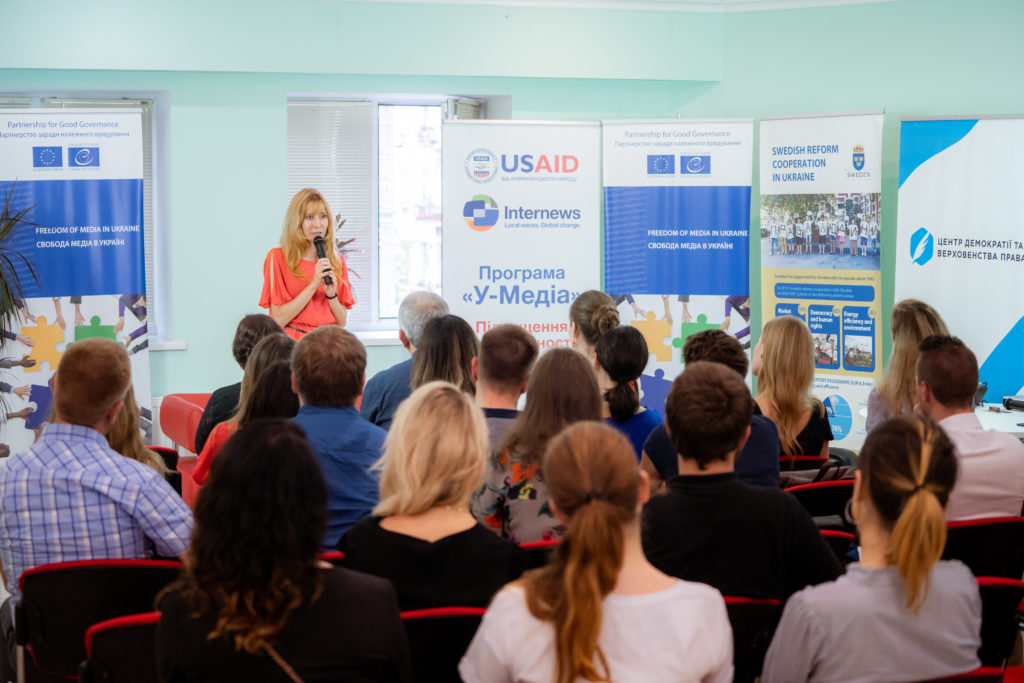 “In fact, the Summer School is not only the transfer of knowledge from experienced lawyers, it is primarily communication, the opportunity to have an interesting and informative time. I hope that this communication will continue in the future. And I want to thank the respected lecturers who shared their knowledge and experience of the participants, the entire team of organizers and the participants themselves who found the opportunity to come here,” said Alina Pravdychenko, head of Media Law of the Centre for Democracy and Rule of Law.

Lectures for the Summer School were conducted by lawyers of the Centre for Democracy and Rule of Law and other top experts in the field of media law: both Ukrainian and foreign. Among them are Olena Dmytrenko, lawyer of the ECHR, Andrei Richter, senior adviser to the Office of the OSCE Representative on Freedom of the Media, Vita Volodovska, media expert at the Digital Security Laboratory, Natalia Petrova, lawyer and deputy head of the USAID New Justice project, Krishtina Rozgonii, media expert, Olena Demchenko, coordinator of media projects of the NGO Detector Media, Vadim Miskii, chief expert of the RPR Media Reform Group. 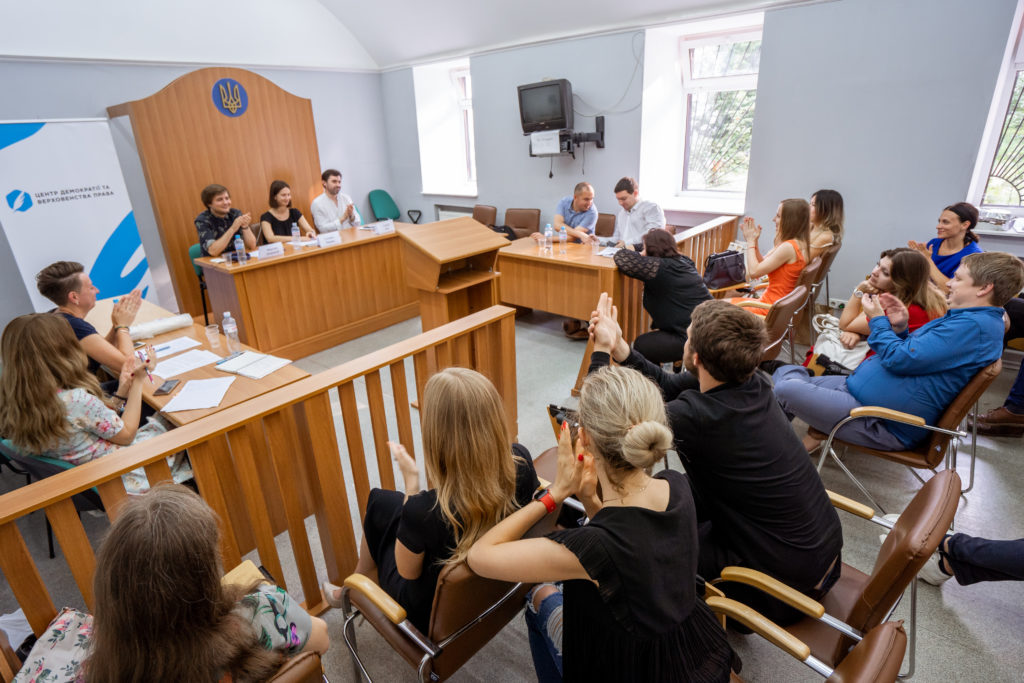 The study at the International Media Law Summer School was finished by the traditional final moot court. This competition is held in form of a model court hearing. Its participants are divided into the parties of the claimant and the respondent and defend their positions in the format of oral presentations and debates. Therefore, the participants had the opportunity to both test their own knowledge and compete with their colleagues.

The Summer School is implemented thanks to the support of the American people, which was provided through the United States Agency for International Development (USAID) and Internews.

The Summer School of Media Law is supported of Sweden

The Summer School is being held with the support of the Freedom of Media in Ukraine project, which is being implemented in the framework of the Good Governance joint program of the Council of Europe and the European Union Partnership.