Position regarding the coverage of events relating to epidemics, natural disasters and other events that could endanger human health and life

At the beginning of 2020, media began to regularly report on the new coronavirus strain SARS-CoV-2 initially found in the Wuhan province of China and subsequently spreading to other cities and countries in the region and beyond. This virus has been the top news story by national and international media for quite some time now. In this document, we will not touch on the question of why the spread of this very infection has been actively discussed, which, to the average observer, does not yet threaten humanity in ways more severe than environmental pollution (accounting for tens of thousands of deaths in Ukraine each year), driving under influence of alcohol, or even the recent much more serious Ebola epidemic. But perhaps media and journalists could periodically ask themselves the question that should be included in any media literacy textbook, namely: why does certain information get more coverage than some other, and why now? Why is the spread of the coronavirus covered every day while numerous death cases caused by merely ignoring car safety belts are covered only during advocacy campaigns? Why is it that when a “religious extremist” attack occurs, Western media are outraged for weeks and social media users sympathetically change their avatars, but when a far-rightist shoots people in a hookah lounge or mosque we get only a terse and dry-as-bones newsfeed expressing no fear or indignation and almost no sympathy? Even if Ukrainian media are reluctant to ask themselves such complex questions, the six years of information warfare waged against Ukraine should still teach us all to understand that any potentially sensitive and irritating information can and will be used against us, in particular, to sow discord and animosity in our society by reviving old primitive stereotypes and digging up geographical “divisions”.

Of course, this does not apply to Ukraine only. For instance, Lithuania recently reported a case of intentional intimidation of local communities with a NATO soldier allegedly infected with coronavirus, certainly with a purpose to worsen the perception of the Alliance by this country’s citizens (1). US military has launched an investigation into the use of coronavirus-related topics by the Russian Federation as part of organized disinformation campaigns (2). For those taking interest in and understanding this aspect of the topic, it becomes apparent that simply reprinting Western media’s news reports on coronavirus is not enough to perform well the socially important media function.

Epidemics, natural disasters, and similar events cause natural and at times overwhelming fear in people since such events often occur unexpectedly, are poorly controlled and pose certain threats to people’s life and health, which is felt even more acutely in the face of general uncertainty about tomorrow. In such situations, communication and awareness-raising activities on the part of governments, mass media, civil society leaders are able to both mobilize the population inspiring solidarity and cause panic and disarray as this happened in Novi Sanzhary of Poltava region on 20 February 2020, especially when influential geopolitical and simply political players are involved and directly interested in any such disorder.

The state agencies’ role is not only about performing the rigid bureaucratic tasks of finding ways to evacuate and quarantine people but also about significant educational and instructional activities regarding the virus itself, its transmission and the steps taken by the government with regard to evacuating the citizens, organizing medical examinations, ensuring risk minimization and security measures to be followed to protect people from infection. Seamless interaction with local self-government bodies is also required, especially with those on whose territory the quarantine is planned. It should also be noted that even proper government communication will not replace the public’s fundamental trust in state institutions. Unless a Ukrainian citizen is convinced that the government representatives really wish him well, unless another Ukrainian citizen is sure that when she goes to the hospital the staff will do everything possible to preserve her life and health having all necessary means for this regardless of whether it is coronavirus, cancer, tuberculosis or AIDS, – even the most thoughtful message will not be trusted enough to avoid mass hysteria. However, improving the government’s work is not the goal of the Independent Media Council, so we will not elaborate on this.

Back to media’s role in high-risk situations relating to the life and health of society, we reiterate that informing the general public about an epidemic situation is by far not enough. Expert commentaries should be actively sought out to be included in analytical information materials or programs especially in the case of regional media active in quarantined areas or where other ways of spreading the infection exist. Besides, the life and health of the communities should be of interest to Ukrainian media not only in connection with the outbreaks of periodic “hype” such as world epidemics. Ukrainians should receive regular quality information about what impacts their health and life much more than the allegedly exotic viruses from abroad, specifically: environmental pollution, alcoholism, smoking, diabetes, tuberculosis, ignoring periodic HIV testing and hepatitis, avoiding compulsory vaccinations, etc. The panic caused by the coronavirus would probably be much less if Ukraine’s society had a solid common understanding of a higher likelihood of premature death due to the aforementioned “banal” diseases than the outbreaks of seasonal viral epidemics.

The Independent Media Council must note that Ukrainian media failed to do the necessary explanatory work and proper communication making a sad contribution not only to the rise of the protests and clashes but also to further dividing society into those deeply ashamed of their compatriots’ behavior and those fearing for the lives and health of their relatives, for lack of information and trust: as of February 21, the parents in Novi Sanzhary did not let nearly half of the children go to school. We would like to note that using broadcasting organizations to “…promote exclusivity, superiority or inferiority of persons on the basis of their …physical …condition” is unacceptable as established by Article 6 of the Law of Ukraine on Television and Radio Broadcasting.

Particular attention should be drawn to the requirement of the European Convention for the Protection of Human Rights and Fundamental Freedoms which states in Article 10 that everyone has the right to freedom of expression. It also clearly states that the exercise of these freedoms “…carries with it duties and responsibilities”.

Another negative aspect of this story is the activities of a number of politicians and bloggers who not only did not attempt to impart balanced information getting to the root of the problem but knowingly spread untrue or manipulative information adding fuel to the fire of mass hysteria: e.g. “Chinese virus punishment” because of the region’s political position. Such behavior is not merely destructive, it is illegal because you cannot shout fire in a crowded theater. Information cannot be used to call for “…violence, cruelty, …encroachment on human rights and freedoms” [3]. The Independent Media Council calls on Ukrainian media, and especially UA:PBC, to develop and implement rules for covering epidemics and emergency events that would at least contain requirements for mandatory expert commentary and professional sources of information to provide quality and balanced coverage to prevent panic and outbreaks of violence. Such rules should include, inter alia, explanatory materials on the nature and realistic, rather than inflated, scale of threats and possible preventive measures to be taken by people to safeguard or mitigate the risks to their own health and safety.

The Independent Media Council understands the challenges faced by the government including those relating to the systematic work of the Russian secret services to destabilize the situation in Ukraine. At the same time, proper communication and outreach between state and local governments as well as engaging with the media through regular briefings and dissemination of other media materials can prevent uncontrolled spread of mass panic and unlawful behavior on the part of certain especially receptive citizens.

We also draw the government’s and media’s attention to the presence of provocateurs in the protests whose actions escalated the conflict in the community, as well as to subsequent dehumanization of local residents, including in journalistic materials, which is unacceptable in a democratic society. As historian Prof. Timothy Snyder noted in one of his many speeches, it should be understood that the people who lived under the Nazis and the people who were later able to re-build Germany are one and the same German people. Some scientists believe that the cause of nonproliferation of witch hunts in the Middle Ages in Eastern Europe is not the result of any particular humaneness of Eastern Europeans but rather of the absence of respective doctrine or propaganda. People simply did not know that witchcraft “was to be feared” and that it allegedly posed a threat and so they did not pursue potential “wizards.” It is both banal and mystical that man is the repository of all the worst and all the best in the world, and sometimes it is the same individual influenced by different narratives and situations. There was a difference of a few days and probably a considerable amount of certain “information work” between those who shouted “Hosanna!” and those who shouted “Crucify him!”

3. Law of Ukraine on Information, Article 28. 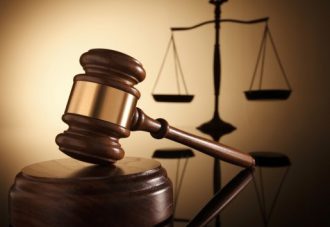 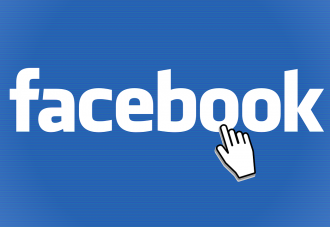 Independent Media Council
Why have CEDEM and the IMC appealed to Facebook’s Oversight Board with an intervention?