19 lawyers and journalists from 6 countries have successfully finished their studying at the International Media Law Summer School, the educational project of the Centre for Democracy and Rule of Law. During the graduation ceremony, the trainees received their diplomas. Just before the graduation, they took part at the traditional moot court, a friendly competition in the media law. 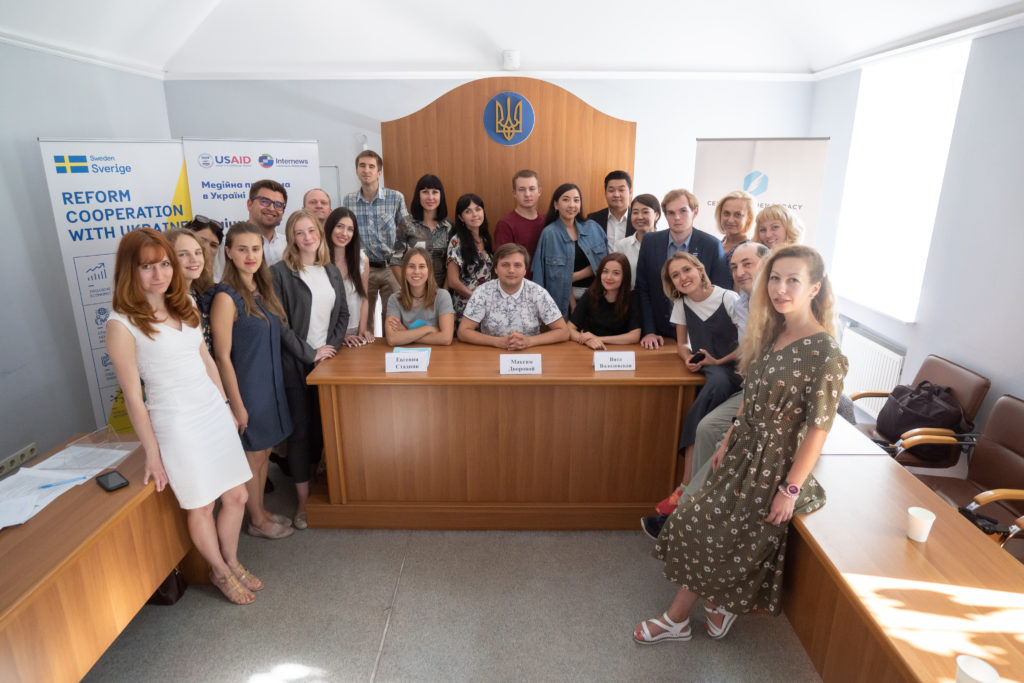 The studies in the Summer School lasted for three weeks, an intensive media law course for journalists and practicing lawyers. The basis of it was formed by 30 lectures on various thematic. In addition, CEDEM organized a Reform Day for trainees to inform them about the public campaigns of the Reanimation Package of Reforms as well as media reforms. Moreover, the School participants took part in discussions and practiced in media law.

Taras Shevchenko, CEDEM’s director and founder of the International Media Law Summer School noted that while the School is aimed at giving a professional knowledge to participants, its another task is to create a new social network, break the stereotypes and inspire to new achievements. «From the very beginning of the School, we established for it some basic values of liberty, free speech, liberal ideas. We hope that these lectures, trainings and conversations had an impact on your personal position – and will stay in place, when you recollect the experience of the School», – stressed Taras Shevchenko in his speech to School participants. 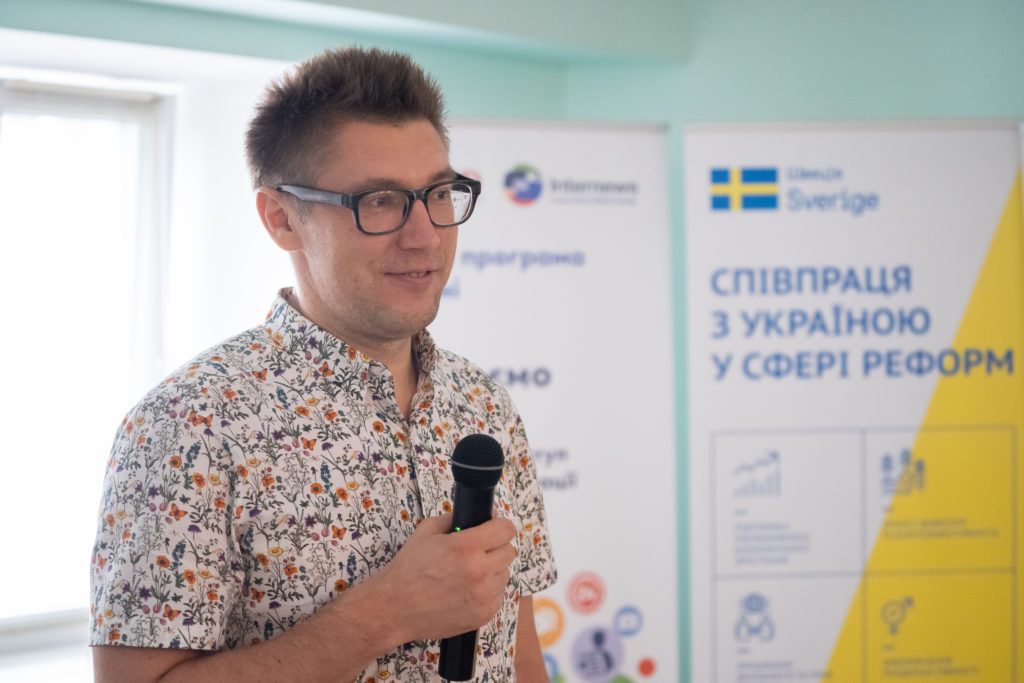 During the graduation ceremony, Alina Pravdychenko, CEDEM lawyer and head of the Independent Media department thanked the participants for the active intellectual discussions and expressed confidence in the longevity of the connections, formed during the School. 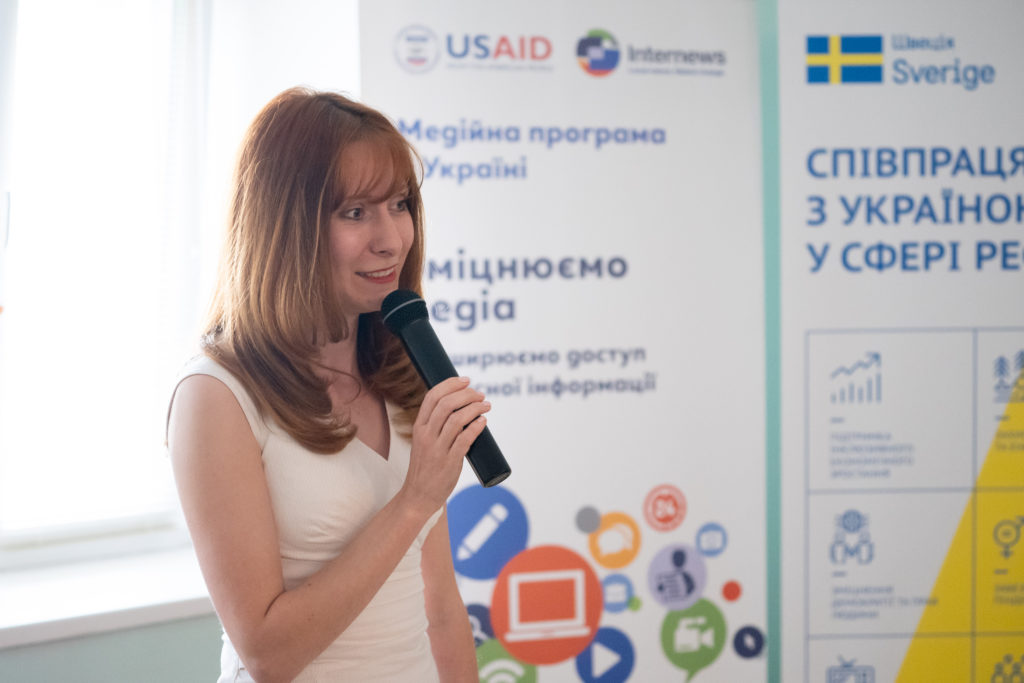 The key issues of the Summer School were the media law topics, which journalists and lawyers encounter in their daily work. In particular, the lectures were focused on copyright law, free speech in online media, value judgement and diffamation.

Now media law practitioners experience a new challenge, the spreading of the disinformation and propaganda, and these topics were also studied during the Summer School. As well as personal data protection – because since 2018 European Union putted into force the GDPR (General Data Protection Regulation), which is also important for Ukraine.

One of the goals of the International Summer School is to train the participants to use their knowledge in practical work. Therefore, media lawyers and journalists practiced on real cases, while the lectures were interactive. And two topics (Internet and social networks as well as information law of countries) were discussed in a form of the open roundtable.

Traditionally, the Summer School was finished by the moot court, the competition in a form of the model court. During the match, two teams act as an applicants and the defendants and prove their views through written arguments and debates. The case of this year was connected to the Facebook post issue. 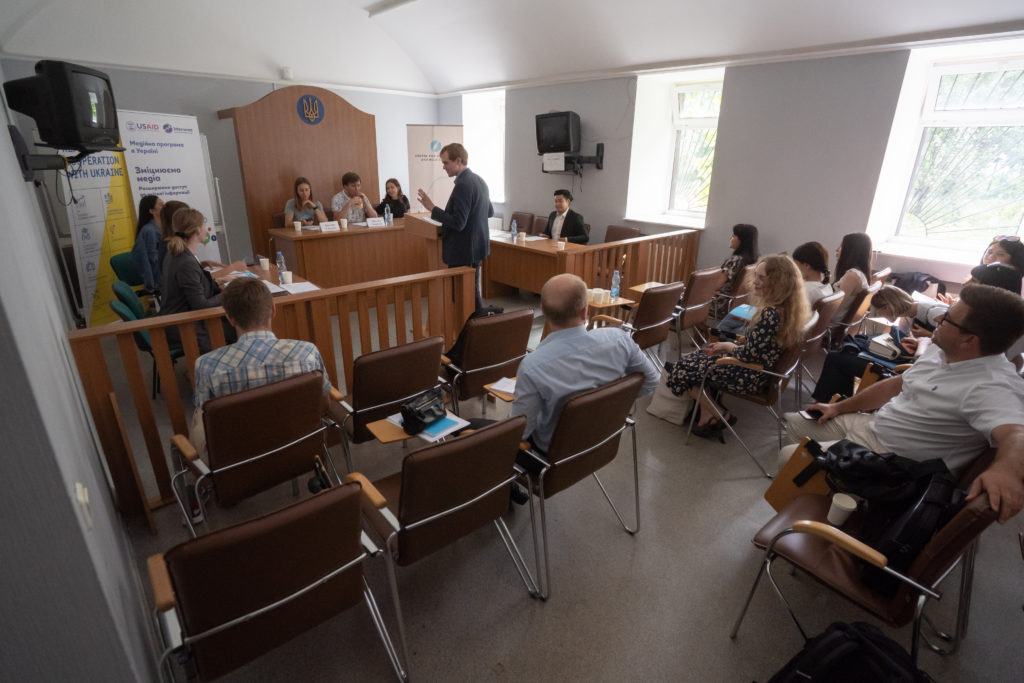 According to the plot, a journalist published a link on his colleague`s article, which criticised the daughter of one of the minister on the ground of her vacations on resort. The heroine responded by starting a lawsuit against the first journalist, accusing them of the privacy violation. In contrary, the journalist considered the restrictions as the violation of the press freedom. The competition resulted in victory of the defendant team, represented by Oleksandra Zmazhenko and Oleksandra Smilianets.

The Summer School is implemented thanks to the support of the American people, which was provided through the United States Agency for International Development (USAID) and Internews. The content of the materials is an exclusive response of Centre for Democracy and Rule of Law and not necessarily represent the views of USAID, Government of the United States and Internews.

The Summer School is enabled by the financial support from Sweden.