On February 2, 2021, the President of Ukraine by his Decree No. 43/2021 put into effect the resolution of the National Security and Defense Council “On the imposition of personal special economic and other restrictive measures (sanctions)” on MP Taras Kozak and a number of companies associated with NewsOne, 112 and ZIK TV Channels.[1]. As a result of this decision, the broadcasting of these TV channels was terminated in the terrestrial digital network and packages of cable operators, IPTV, OTT providers. Blocked TV channels referred to the sanctions as censorship, and the chairperson of the National Union of Journalists of Ukraine said it was an attack on freedom of speech. But is it so?

What are Taras Kozak’s channels?

The creation of TV channel 112 is connected with scandalous competitions for regional digital broadcasting in the terrestrial digital television network, publicly known under the brand “T2”. As a result of non-transparent competition in 5 regions, licenses were obtained by unknown companies, which, contrary to the license conditions, began to retransmit the satellite channel “112”, which received a license back in 2013. Despite the regulator’s efforts to force broadcasters to comply with the license, channel representatives have ignored the regulator’s demand for years. This situation lasted until 2019, when, finally, 5 regional broadcasters did not have their licenses renewed. NewsOne TV channel, owned by Vadym Rabinovych, the current leader of the Opposition Platform For Life faction, was sold to then-MP Yevhen Muraiev in 2014 and then to Taras Kozak in 2019. In the same year, 2019, Taras Kozak bought ZIK TV channel from politician Petro Dyminskyi.

Thus, Viktor Medvedchuk’s ally Taras Kozak officially owned three information channels. However, Taras Kozak’s biography gives grounds to claim that he is the nominal owner, as Mr. Kozak was working in public authorities and elected positions for a long time.

The activity of Mr Kozak’s TV channels can be assessed as coordinated inauthentic behavior, which consisted in the biased presentation of information, topics of discussion, and especially in the selection of experts and participants in talk shows.

From the very beginning, TV Channel 112 and NewsOne, and, after acquisition by Mr Kozak, ZIK TV channel showed complete disregard for professional journalism standards, were spreading manipulative messages, Russian propaganda and outright disinformation, such as broadcasting fake hearings from the US Congress. The Independent Media Council  has repeatedly exposed the spread of hate speech, and the National Council of Ukraine for Television and Radio Broadcasting has fined channels several times and even planned to revoke NewsOne’s broadcasting license.

The fines were imposed for the violation of Part 2 of Article 6 of the Law of Ukraine “On Television and Radio Broadcasting” – a ban on broadcasting television programs that promote the aggressor state authorities and their individual actions that justify or recognize the legitimate occupation of Ukraine.

The European Court of Human Rights (ECHR) considers it lawful to restrict freedom of expression, if it is carried out on the basis of law, in order to achieve a legitimate aim and corresponds to the level necessary in a democratic society. Let’s try and analyze the decision to block the channels on the basis of a three-part test.

An investigation by the Security Service of Ukraine (SSU), which led to a decision by the National Security and Defense Council, found that Taras Kozak and related companies were involved in terrorist financing. According to the Ukrainska Pravda Online Newspaper, SSU revealed cooperation between the TV channels and the Donsie Ugli Trading House Company, which conducts its activities in the occupied territories. In addition, as a result of the investigation, on February 2, 2021, the SSU also initiated criminal proceedings under Article 258-5 of the Criminal Code of Ukraine (terrorist financing).

Note that terrorist activity means not only the commission of terrorist acts, but also the propaganda and dissemination of the ideology of terrorism, financing and other terrorism assistance. The Counter-Terrorism Law also prohibits the dissemination through the media or otherwise of information that, inter alia, is intended to promote or justify terrorism, contains statements by persons who resist or call for resistance to an anti-terrorist operation.

In this case, given the content distributed by the blocked resources, there was every reason to believe that there is a threat to the protected interests (national security and public order). In addition, the accusation of terrorist financing, based on information provided by the SSU, indicates support for the activities of terrorist organizations, which is also prohibited. Thus, TV channel blocking pursued a legitimate goal.

In the case of NewsOne, 112 and ZIK, in addition to a long history of breaches of the national law and abuse of the right to freedom of expression, probable offenses are seen not only in the distribution of content but also in the organization of the media activity as such. In fact, in such a situation, any activity of resources threatens the national security of Ukraine, and therefore serves as the basis for the application of sanctions. Given that the violations were systematic and the narratives of the media remained unchanged over the years, resource blocking is a proportionate measure.

Thus, even if the measures are appealed, the ECHR will be the final point for NewsOne, 112 and ZIK. There are two aspects that need to be clarified:

The Centre for Democracy and Rule of Law considers the decision to block Taras Kozak’s assets, including NewsOne, 112 and ZIK, justified in a democratic society, especially in a situation where the country is at undeclared war with the Russian Federation. We are convinced that a proper and high-quality investigation of terrorist activities by the SSU and the further criminal prosecution of those who acted as organizers of such activities or their accomplices is extremely important both in the context of protecting national security and sovereignty and protecting the journalistic profession from disinformation and special propaganda and subversive campaigns. 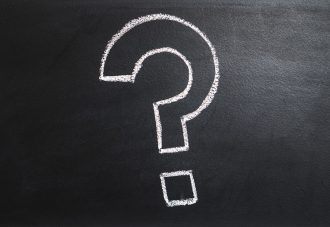 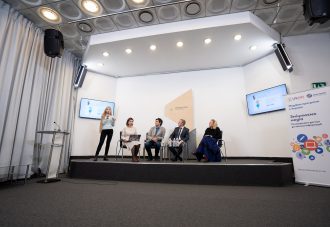